Once all of the model components have been created and configured (as shown in Data Centre Scenario Specification and Modification), the simulation experiment run has finished (as shown in Run a Simulation). This section explains how to access and read the experiment results post completion of a simulation run.

The Simulation results can be accessed, viewed and exported upon completion of a simulation run. From the Eclipse top menu, Window -> Open Perspective -> Other -> PCM Results must be selected. The data store will be represented in the experiments tree view on the left hand side (Figure 1) arranged according to the execution time stamp and the name given in the previous step of simulation parameters setup. 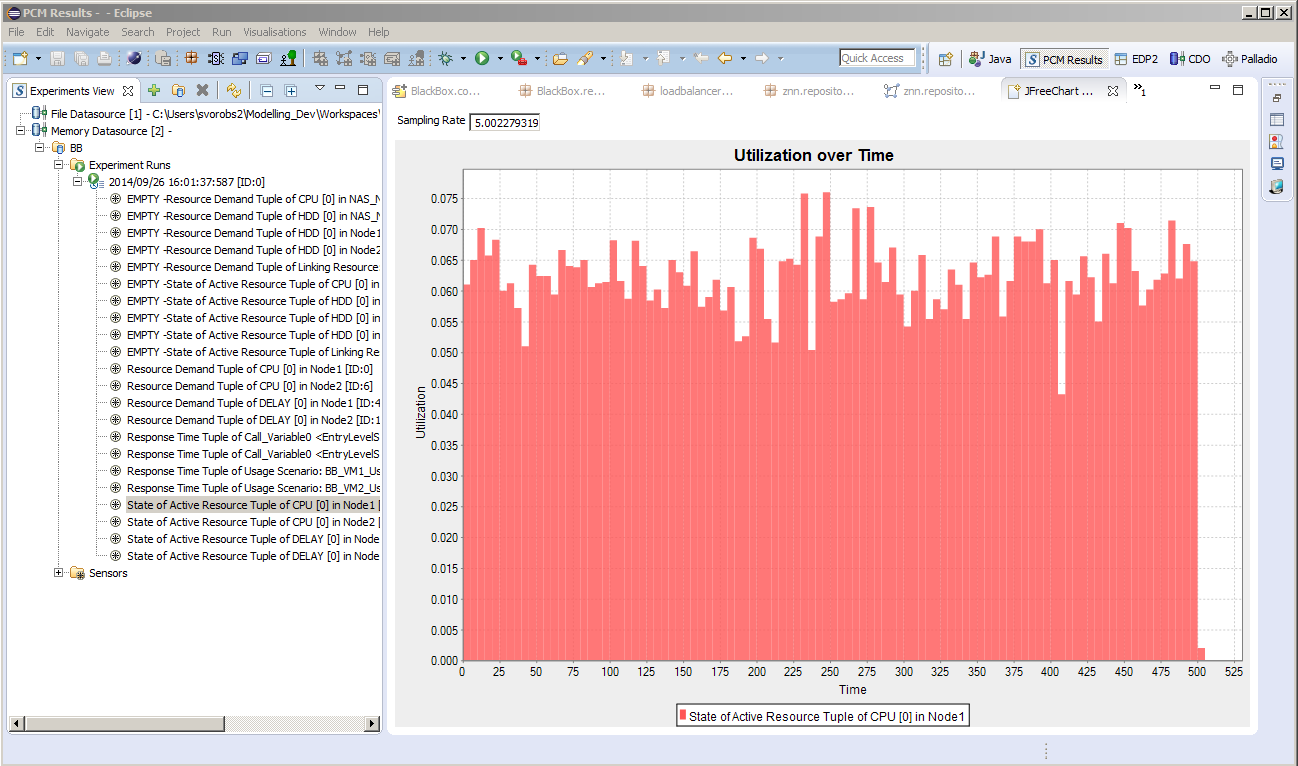 Double-clicking on the resource tuple will bring up the option menu, as shown in Figure 2. Here the visualisation type for displaying simulated results can be selected. 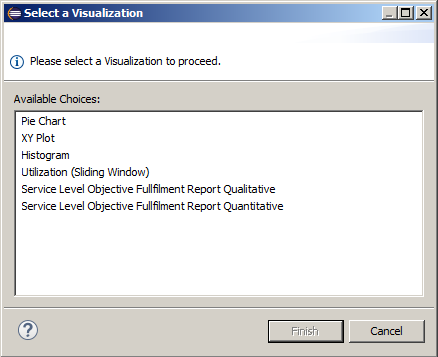 Right-clicking will allow the user to access a chart export menu which allows for the moving of results for analysis elsewhere, as shown in Figure 3. 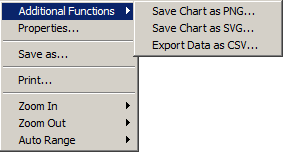 Note that if the resource tuple has word “EMPTY” in front of it, it means that no data was collected during the simulation.

Also another type of resource utilisation representation is available in the form of a frequency histogram, as shown in Figure 4.

Once the simulation run is finished, the *.infrastructure file that has been created should be opened. This is the model layer where power distribution units are linked to each node. 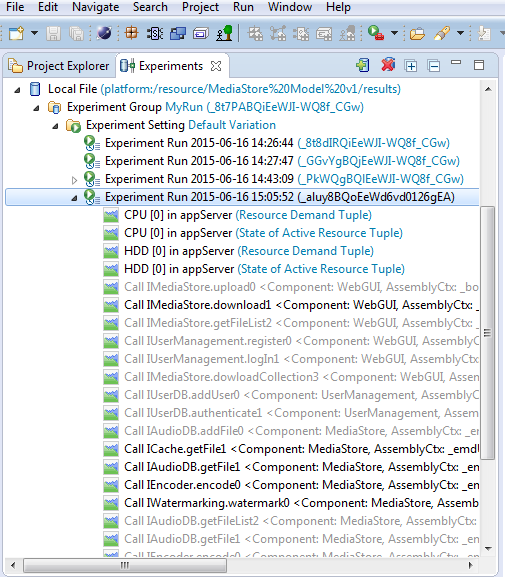 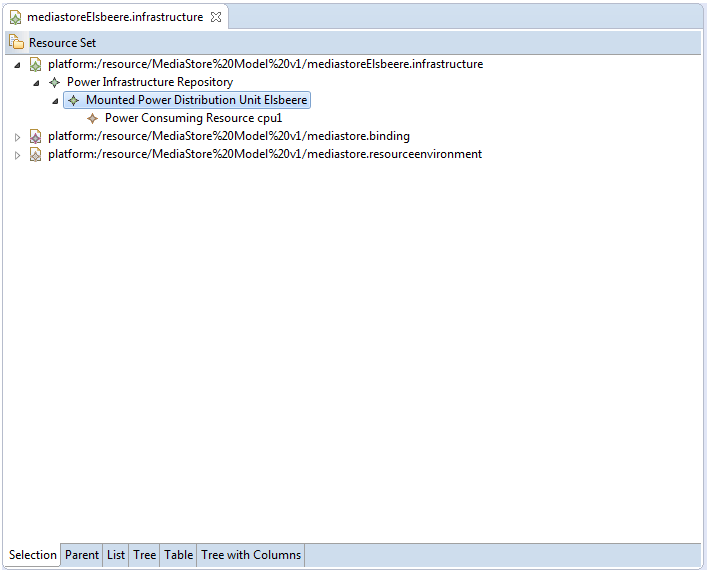 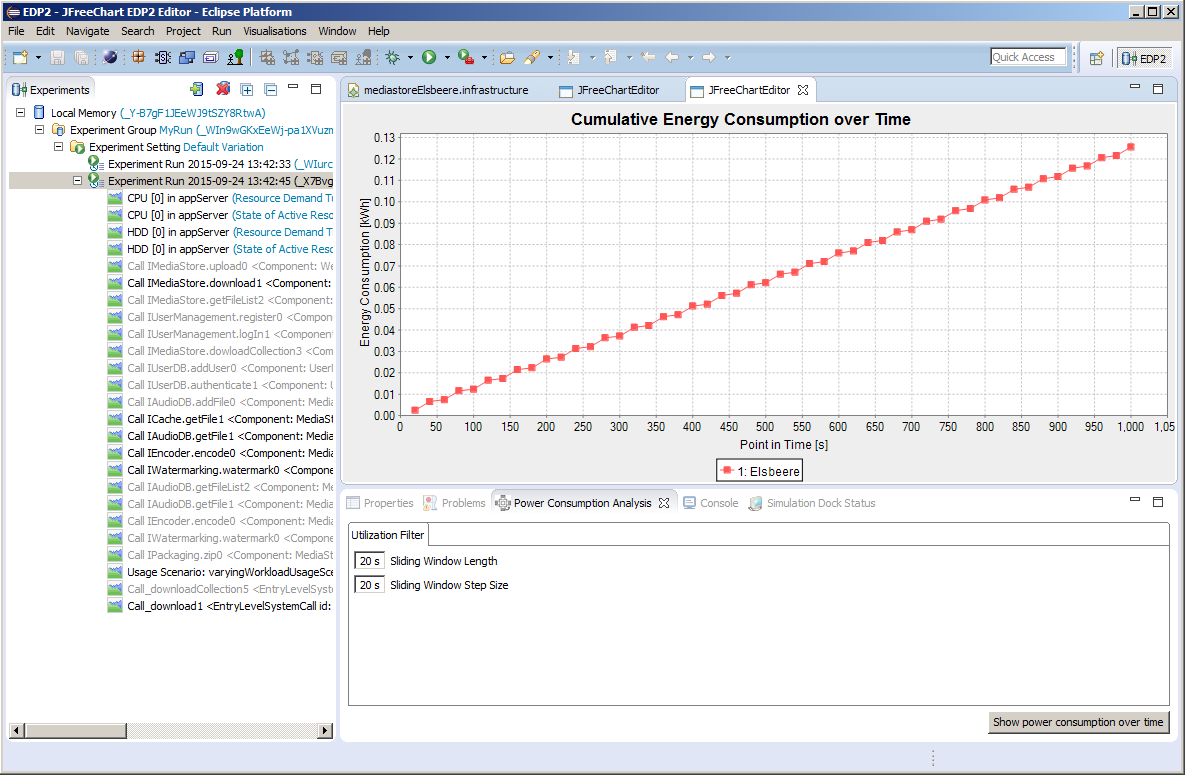 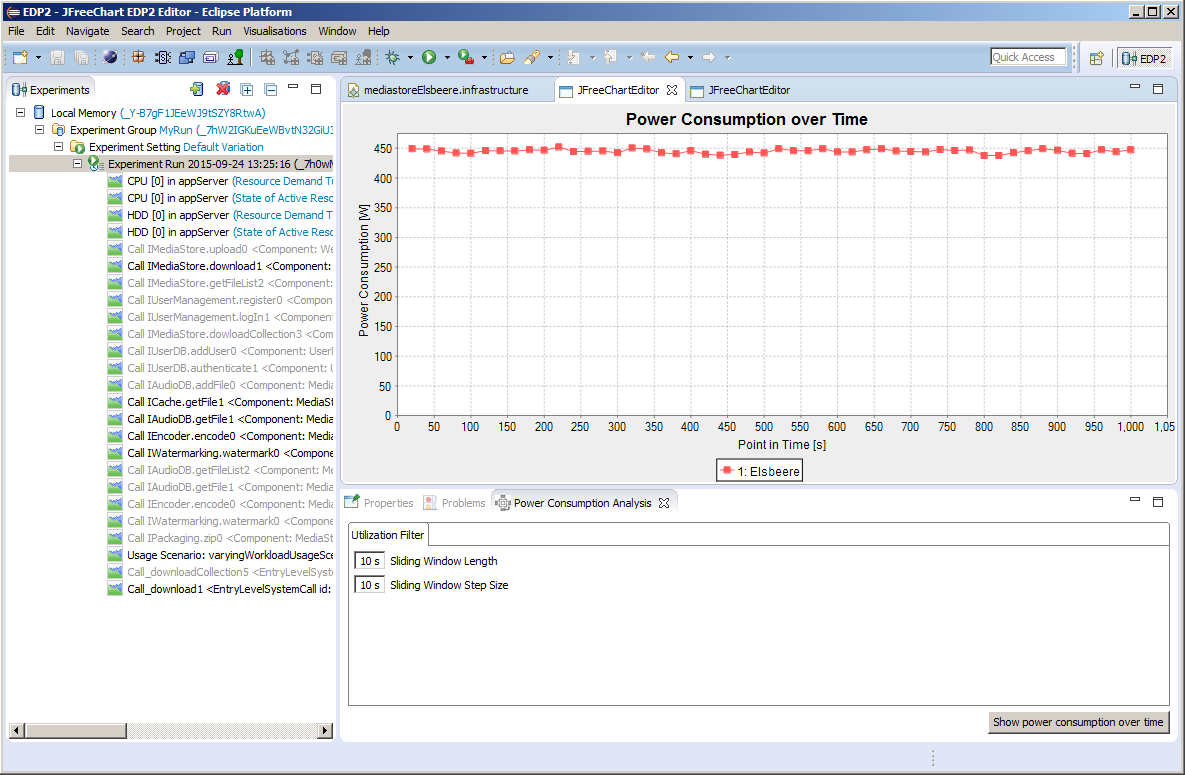